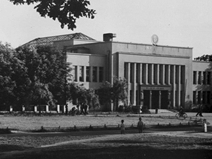 The idea to build an object then called Palace of Physical Education emerged in “1926/27 at the Sports League Central Committee”. However, the idea temporarily lost its support and was only renewed in 1930 when the Physical Education Association offered the Ministry of Education to “merge sports matters with broader physical education matters”. After President A. Smetona acknowledged that “the construction of such palace is a pressing issue in national affairs”, the date was set to start off the construction in the spring of 1932. The first stage was to be “the construction of an educational institute with a hall; the second stage – a pool, and the third stage – a stadium with auxiliary facilities”. However, the final draft was only completed in 1933, the first stage was finished in 1934 and only slightly expanded in 1939 by “building up another floor on the sides of the building” (according to the draft of 1937). The pool was only built in 1959 (architect J. Putna). Several other development works were completed during the Soviet period: “In 1967 the halls on both sides had the third floor added, whereas between 1983 and 1985 a space for auditoriums and laboratories was built behind the pool (architect J. Černius)”. Thus, the construction is an example of a tedious process spanning over several periods.

According to the press at that time, the construction of the building was closely associated not only with classy modernist ideas, but also with promoting international awareness. Hygiene was definitely one of the most important requirements for the construction of the modern city – “creativity in our age is measured by the number of hygiene facilities and the extent of hygiene awareness”. Therefore, the presentation of the palace emphasised “health improvement and coordination of one’s body and spirit, diligence, concord and promotion of good social hygiene requirements and traditions”, which clearly paints the spirit prevalent at that time. This educational institution was primarily focused on preparing “future physical education teachers, army instructors and all those who will want to obtain the right to teach a subject related to physical education”.

Today the building draws attention to its symmetry, and its facade rhythmics which are characteristic of classical architecture. Perhaps the most accurate definition of the architectural composition is provided by the architect himself: “in designing this palace, the idea was to combine two things, two forms in a single building: classics, the pioneer of physical culture (Greece), with contemporary times. The attempt was to maintain the classical spirit when designing both halls, only modernise the most essential things, only to the extent required by contemporary architecture. On the other hand, the building was to have a modern style”. One of the most modern solutions was a half-cylinder reinforced concrete framed ceiling with ceiling lightning, for which three-layered glazing was used (engineer S. Milius). According to the authors of the draft, the construction, “pioneered and patented in 1928 by engineer Dr. Stefan Szego”, was to be “light and elegant, and, of course, fireproof”. 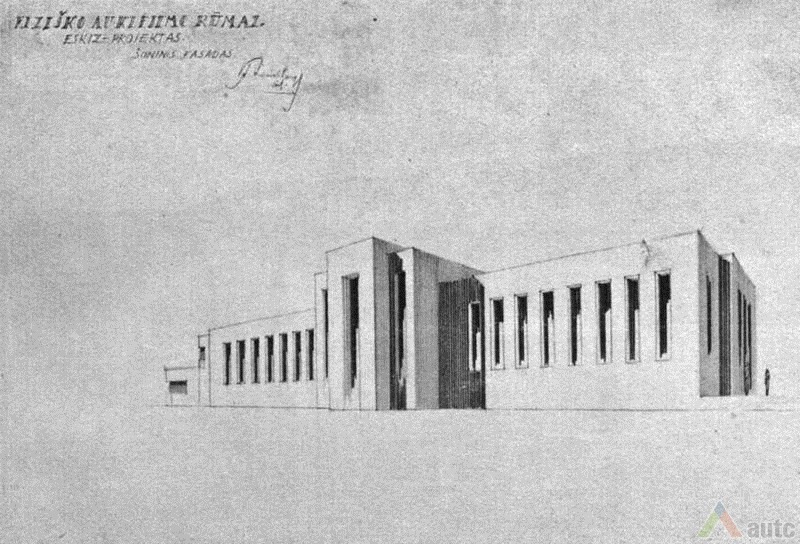 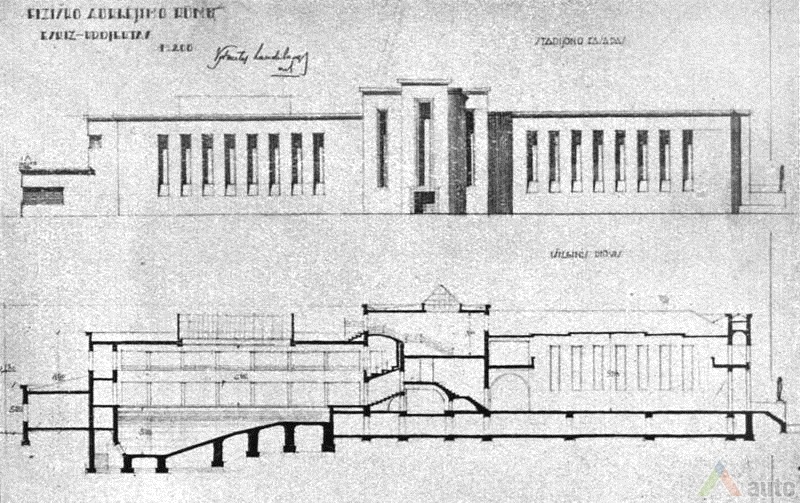 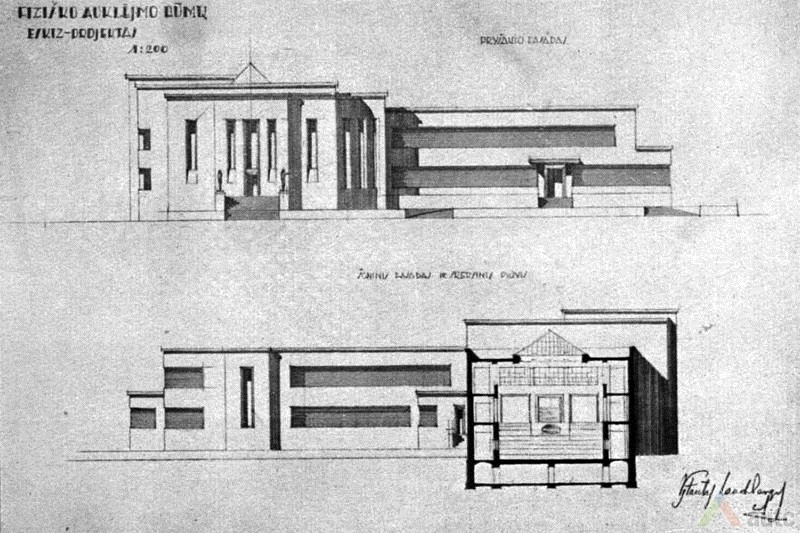 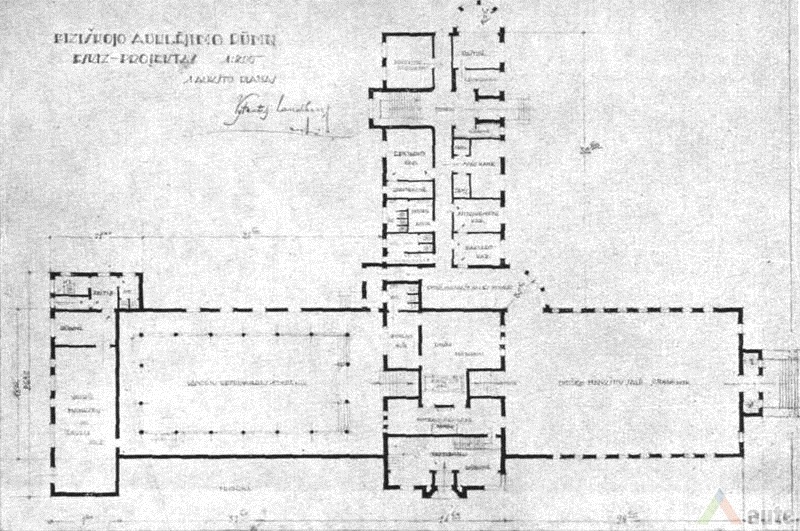 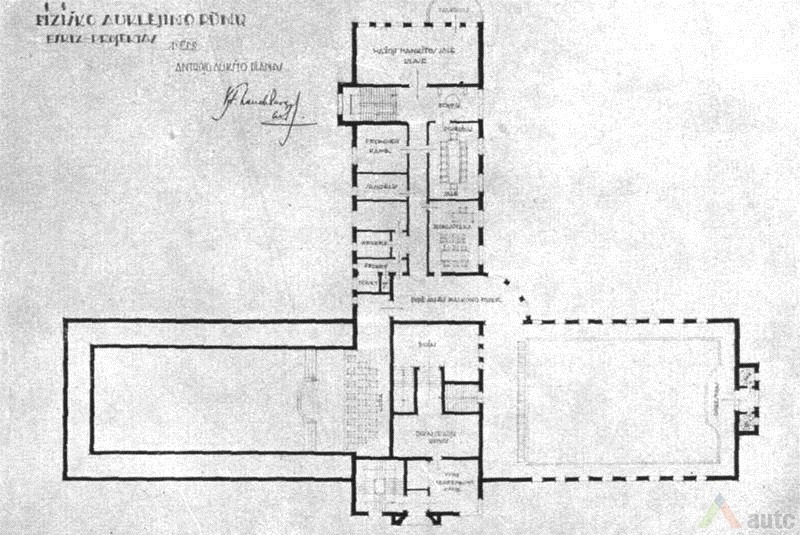 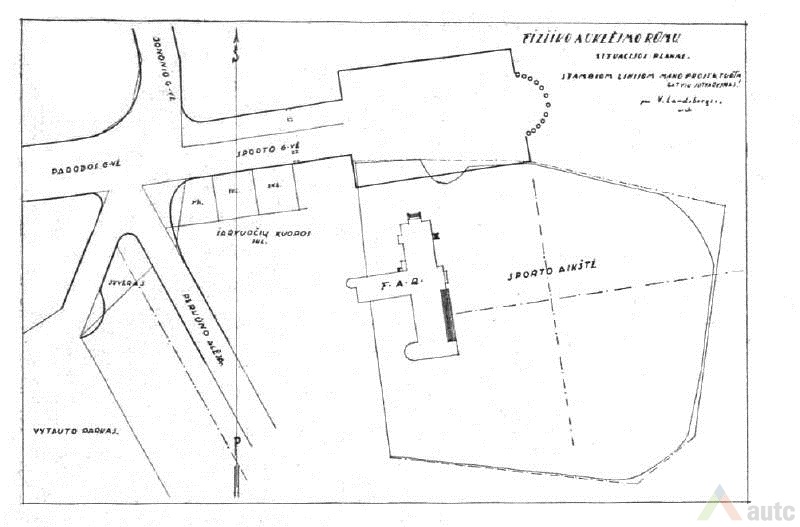 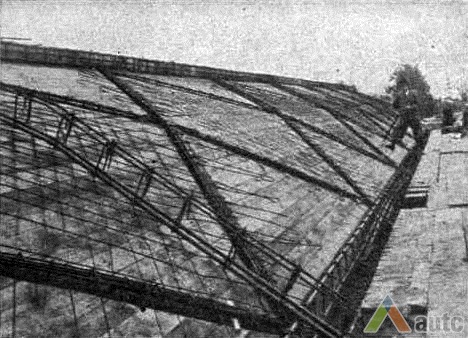 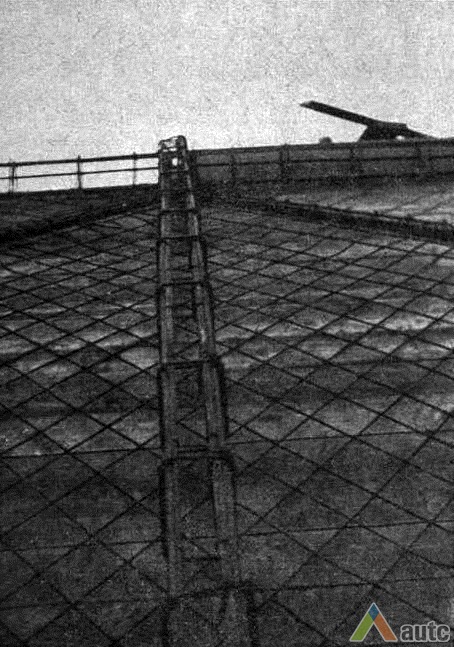 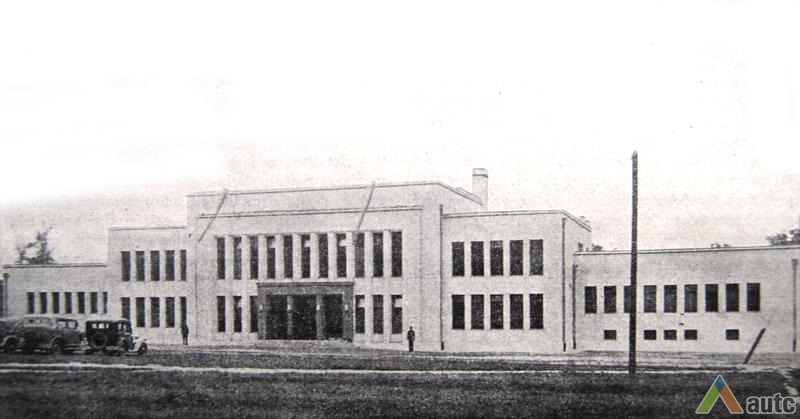 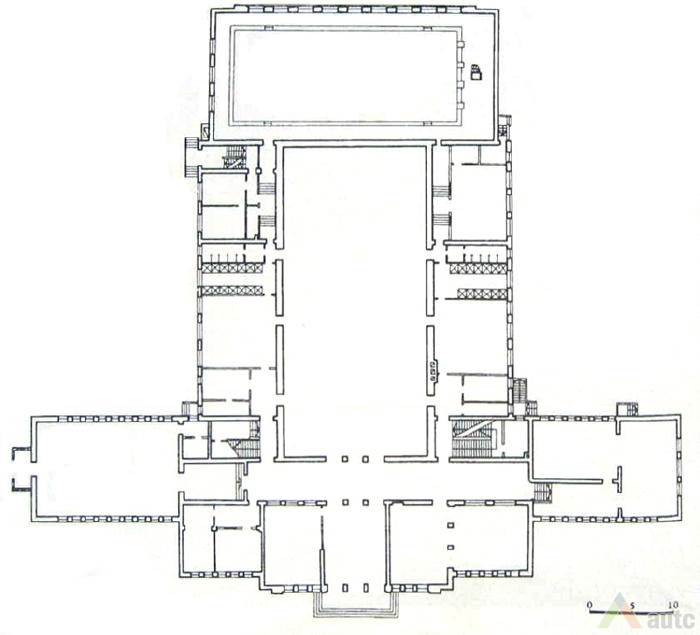 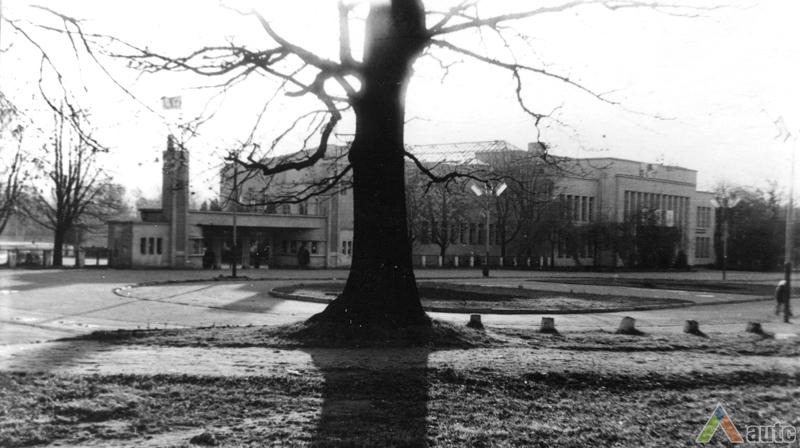 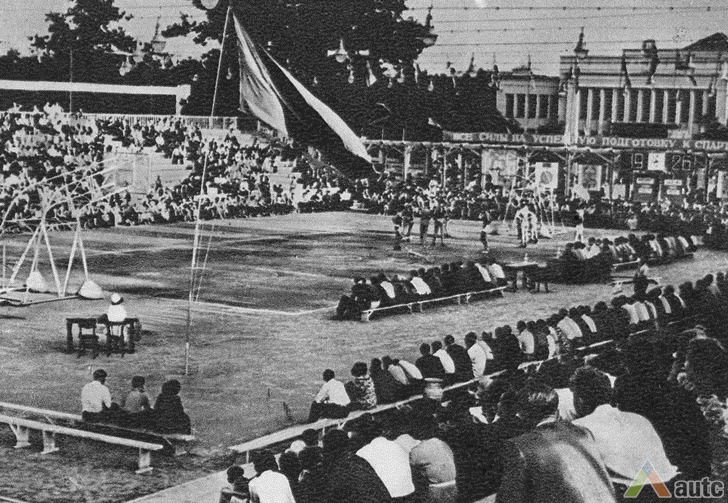 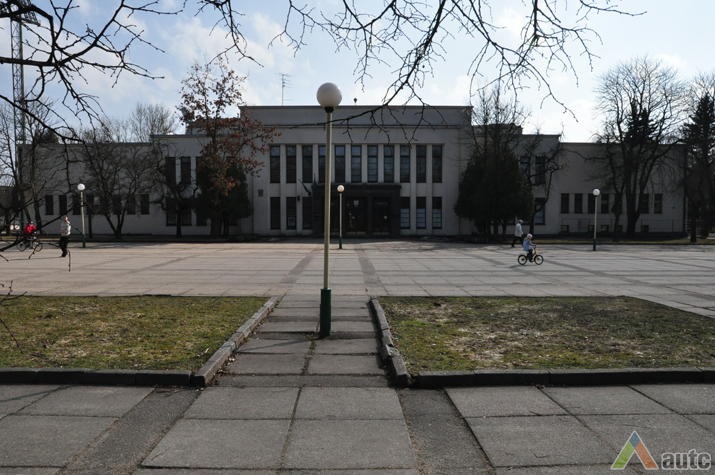 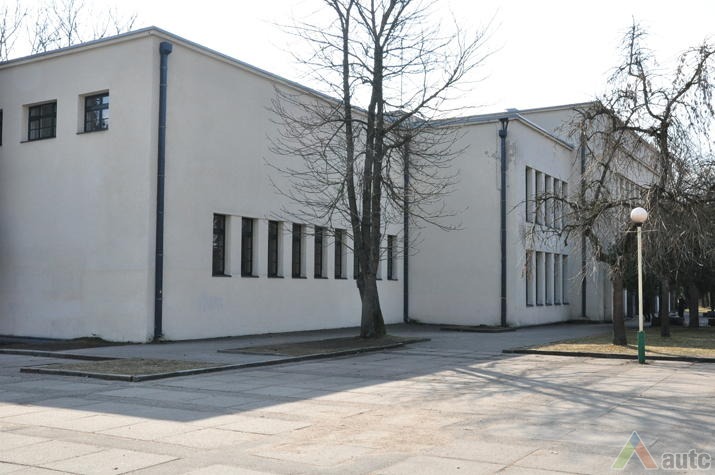 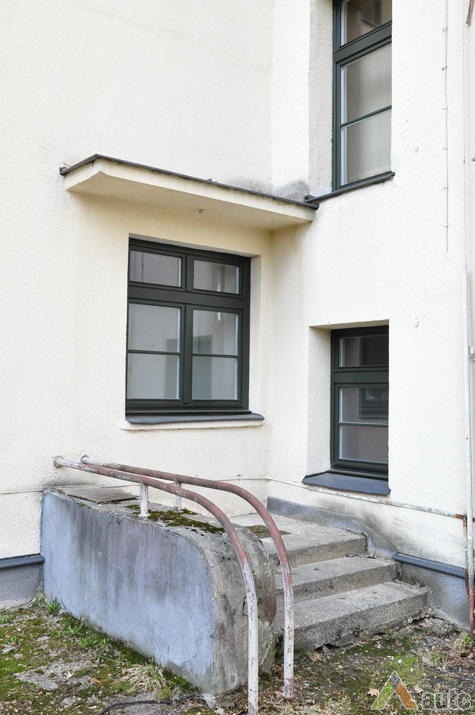 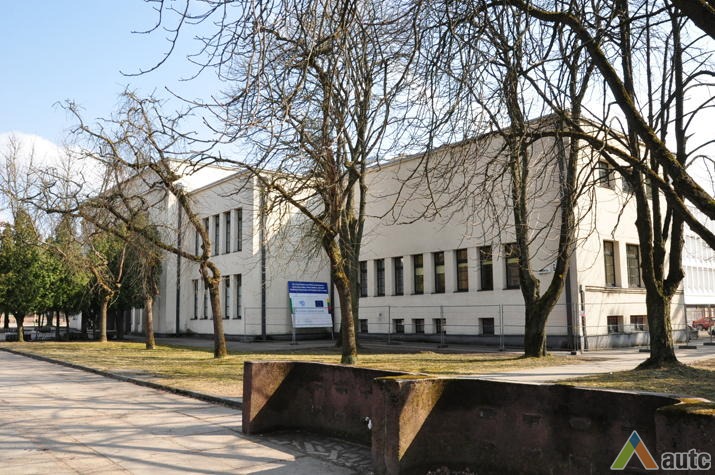 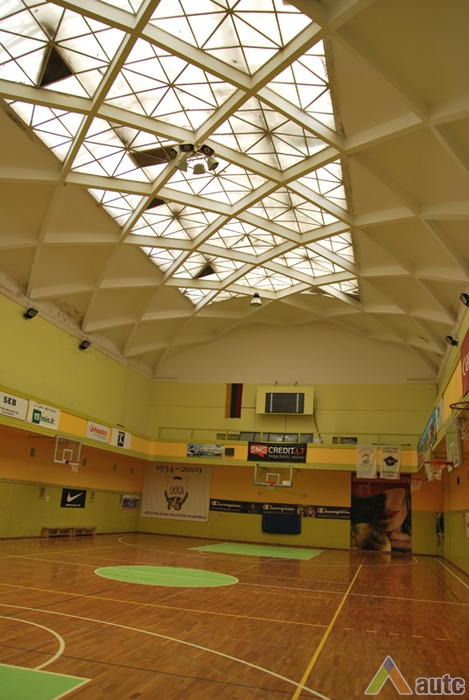 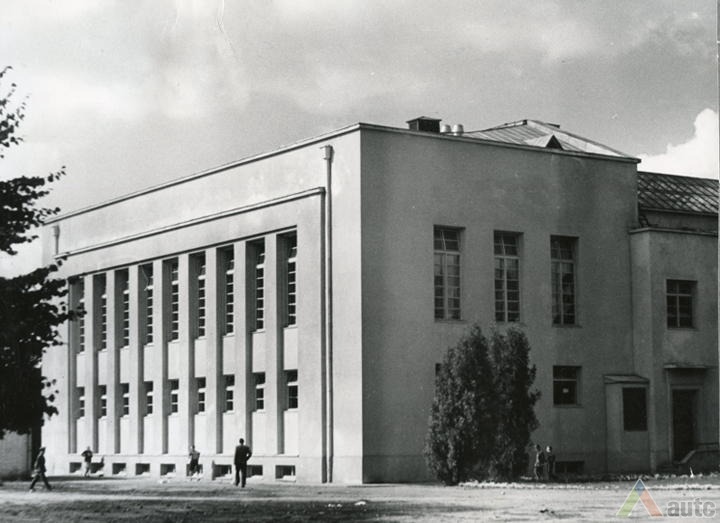 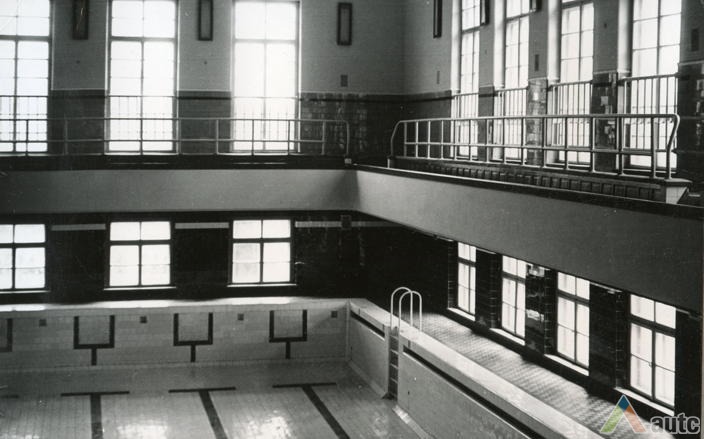 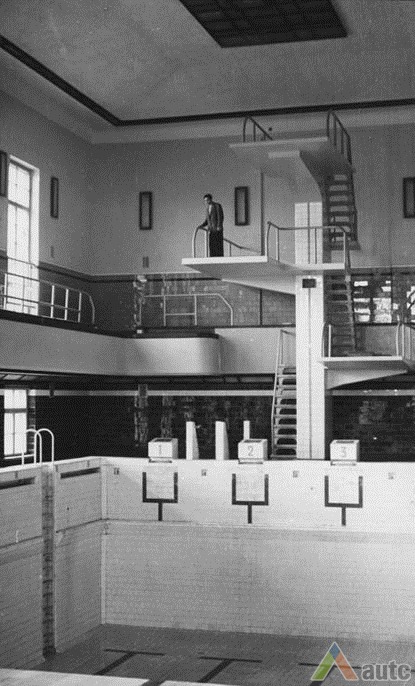