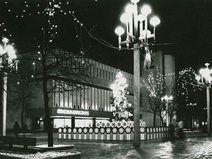 The first design of the department store was developed in the seventh decade. At that time it was considered that this must be an eight-storey building of functional architecture, which will be created by combining horizontal and vertical rectangular "box" volumes. The shop built in 1983 maintained a rather large scale, but its vertical part was replaced by a decorative stairwell tower. Its facades are quite luxurious, with granite stucco plaster, decorated with vertical ornamental elements, with facade illumination lamps - an extremely rare phenomenon in the Soviet architecture. The building structure tapering downward further highlights the desire to create a luxurious and monumental building. By moving away the bulk of the historical development line of the Laivės Avenue, the historically well-established structure of the crossroad was altered, but this has resulted in a very mild, yet quite lively urban space not characteristic to Naujamiestis. With its large volume, stairwell tower, exceptional situation and representative decorative elements, the department store was one of the most architectural dominants in Naujamiestis area of Kaunas of the Soviet era. The object was built on a site of the former Triumf cinema theatre. In summer 2009, „Merkurijus" was demolished. 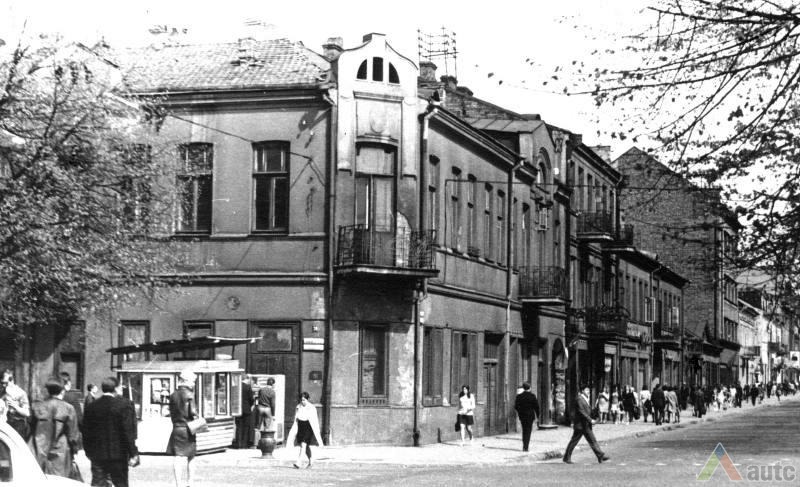 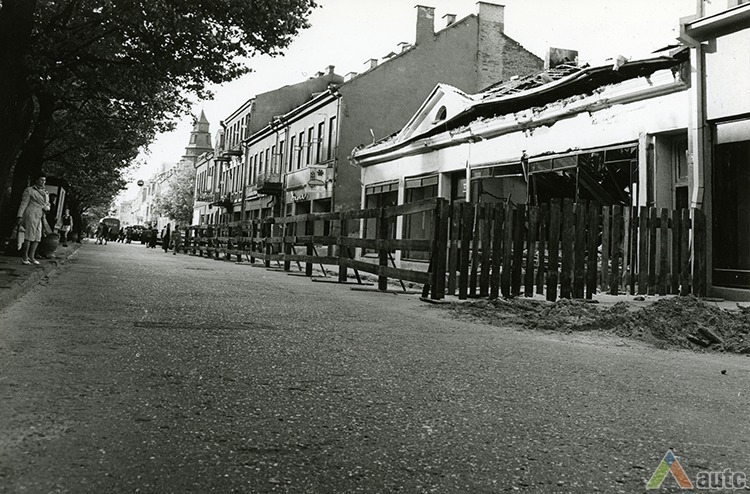 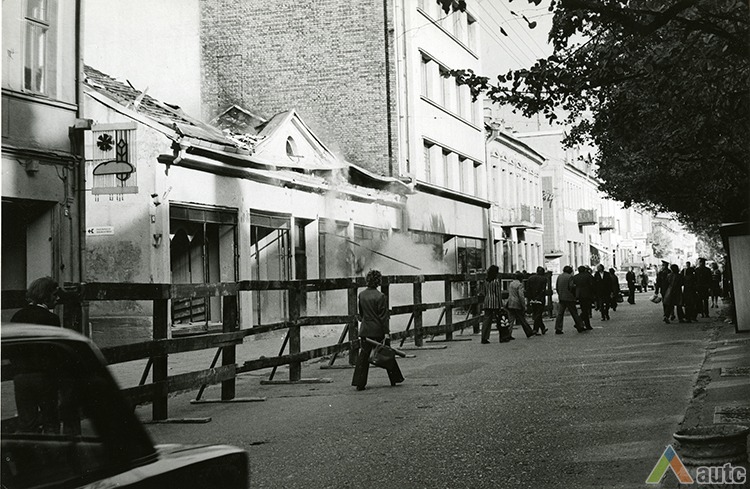 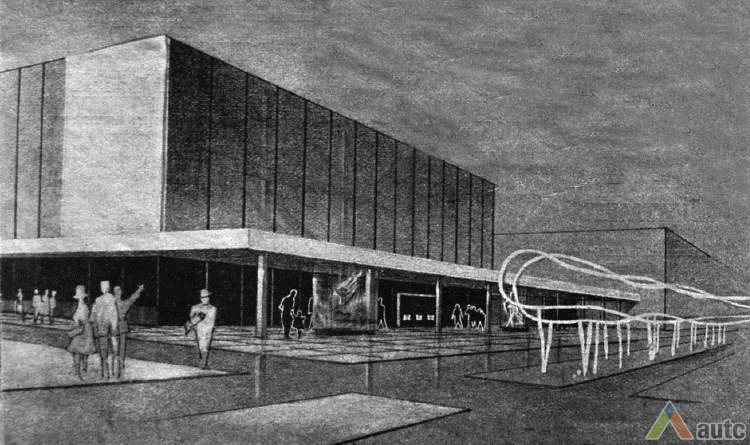 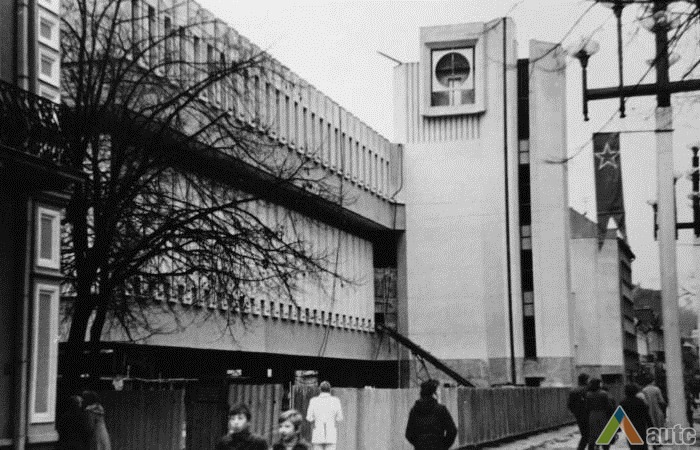 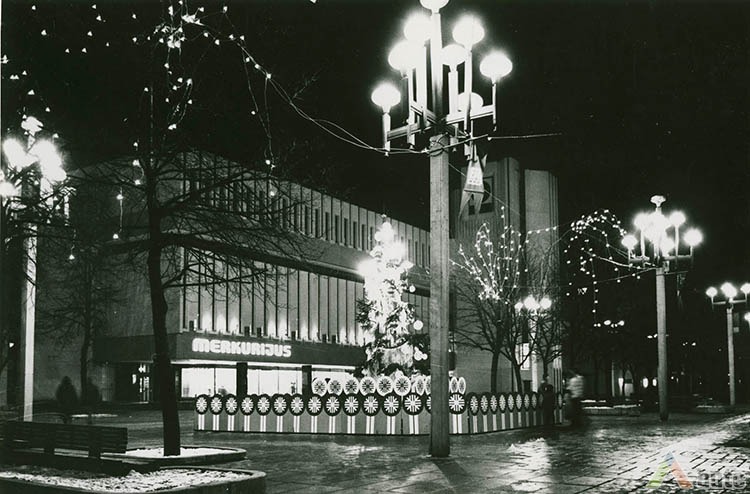 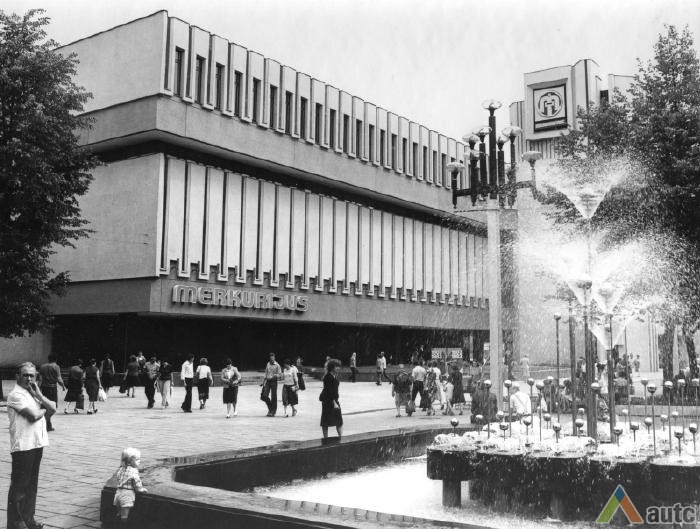 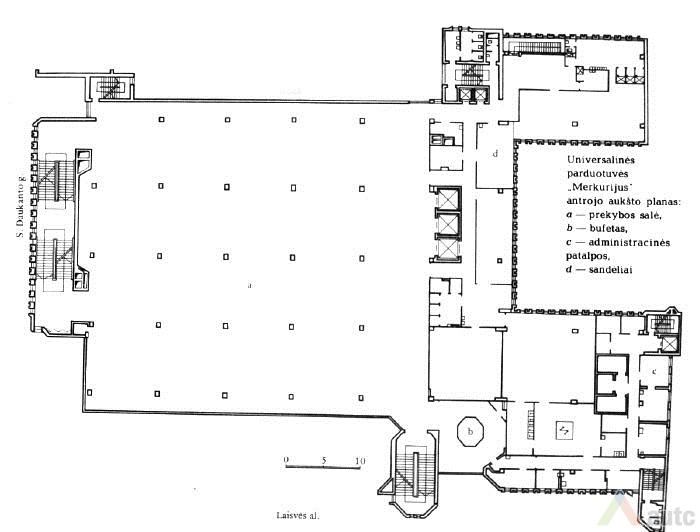 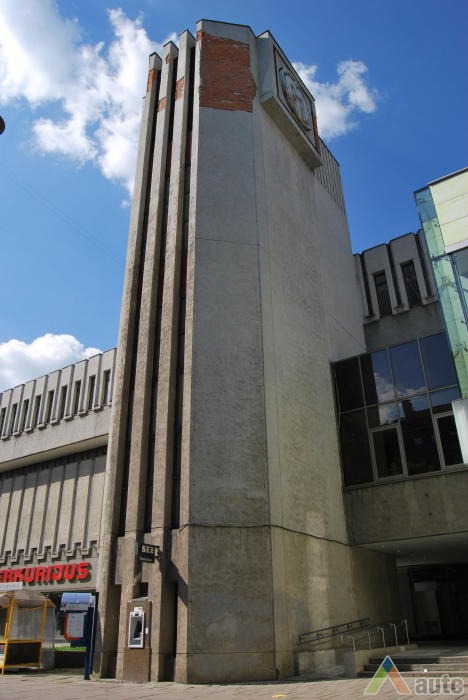 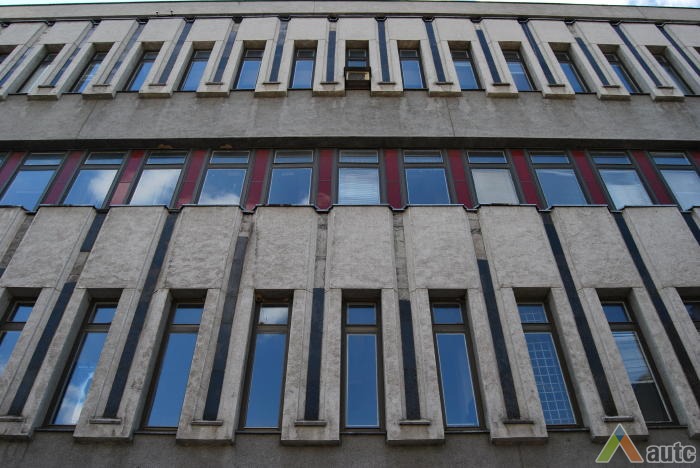 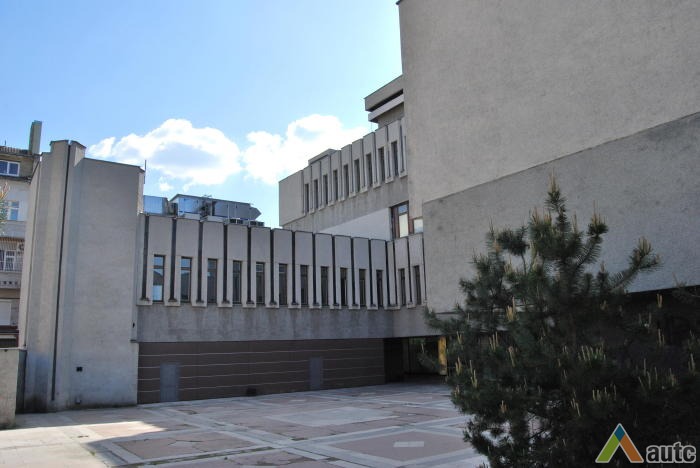 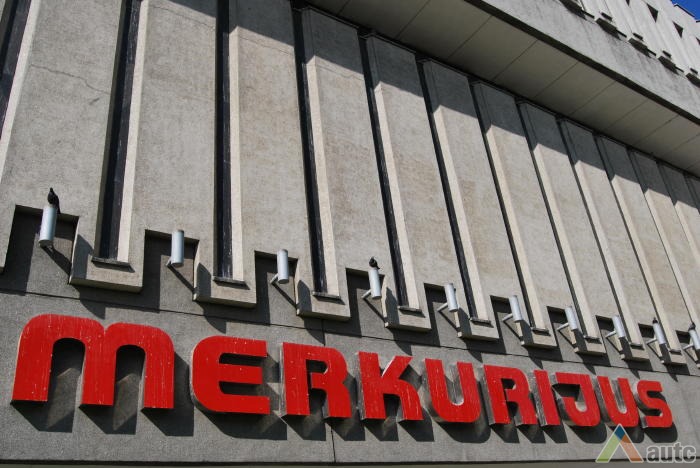 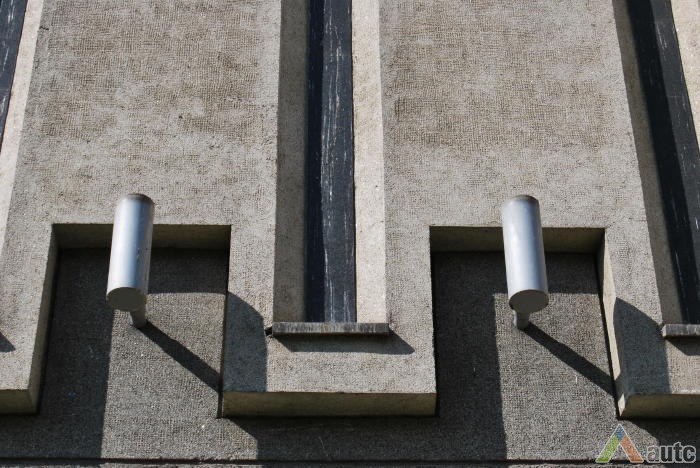 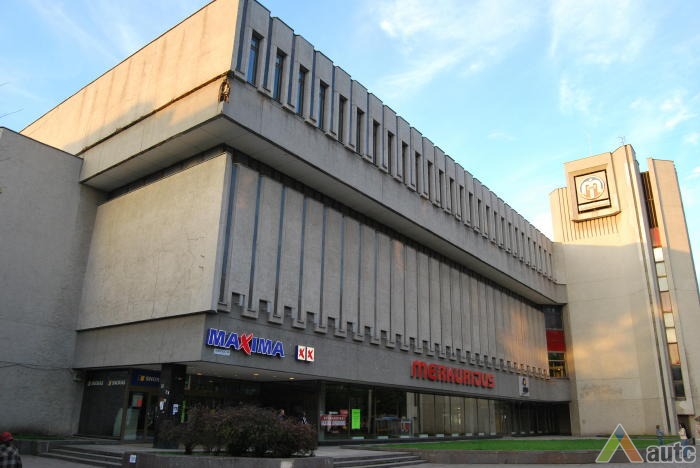 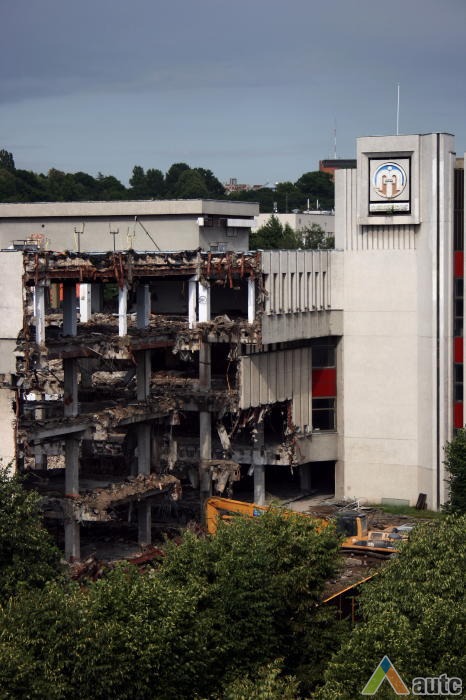