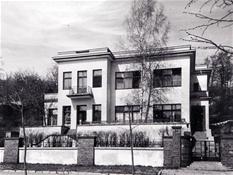 Vatican mission was built on one of the most representative and modern Kaunas streets at that time, dictated by the row of prestigious brick buildings (mainly residential) which emerged during the interwar period. Located on a slope and moved away from the “red line”, opposite to the prevalent trend of building in a row, the villa had many similarities to the classical Italian villas. It is interesting to note that the architect of the building had recently returned from his studies in Italy. Asymmetric object was characterised by a very functional and flexible interior layout. The first floor was to have an office, a study room, a saloon, a dining room and an orangery, separated from each other by sliding partitions, which could be pulled aside to create a large space for celebrations. Such spatial flexibility was prompted by a very innovative solution prevalent in the most well-known examples of modernist architecture (e.g. in Schröder House in Utrecht, the Netherlands designed by Gerrit Rietveld in 1924). Nevertheless, facade silhouette were quite modest. Classical solidity of the object is enhanced by an outstanding cornice and a monumental terrace with stairs. In 1932 the house became a children’s hospital, whereas during the early Soviet period Health Insurance People’s Commissariat transformed it into a TB dispensary. Later the building became a kindergarten, since 1971 – city’s Cultural Department, and since 1973 –  Kaunas Artists’ House. 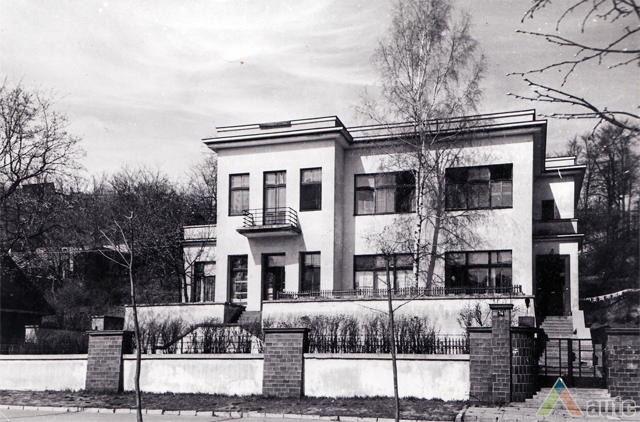 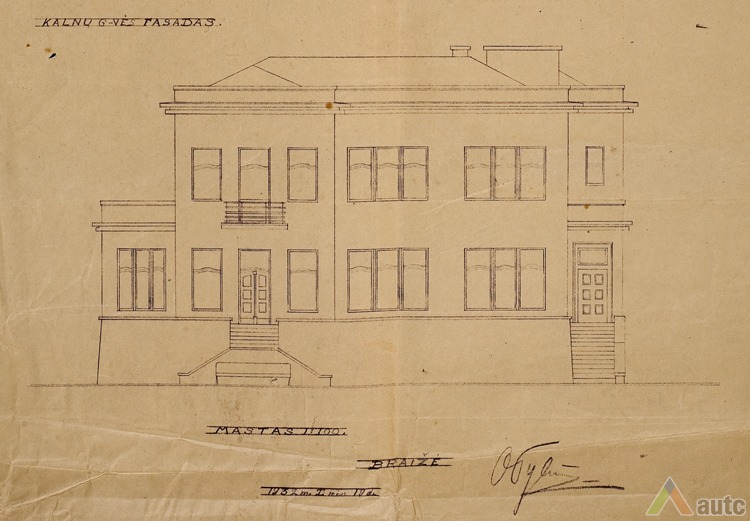 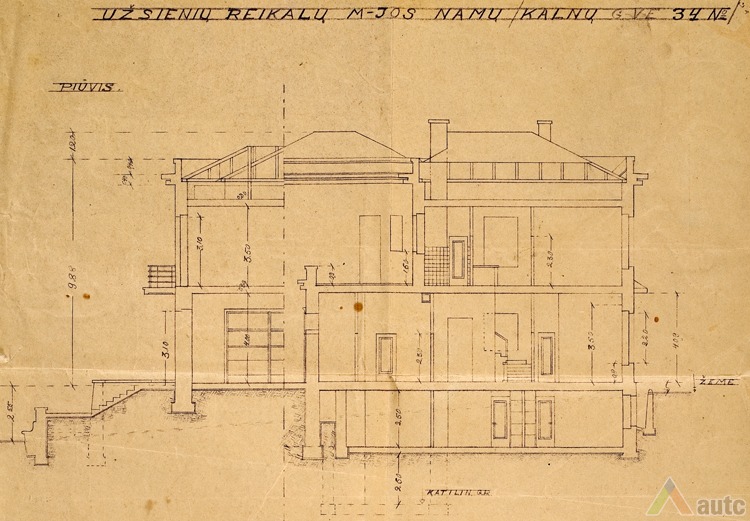 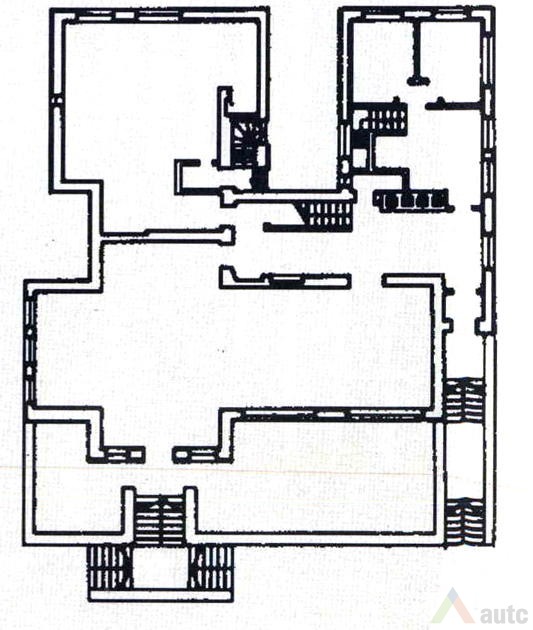 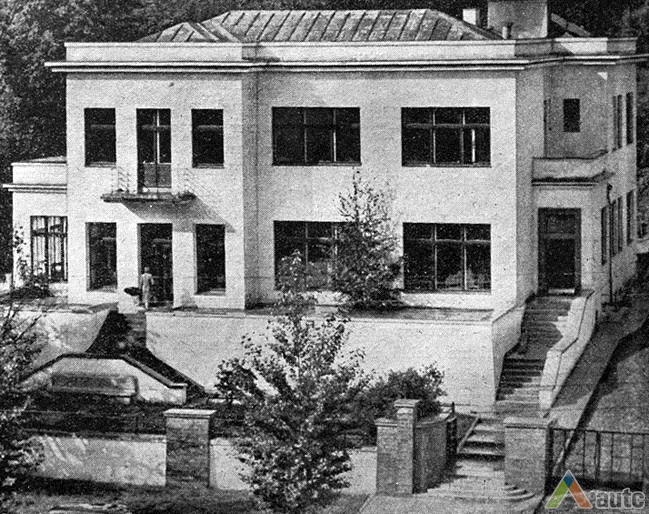 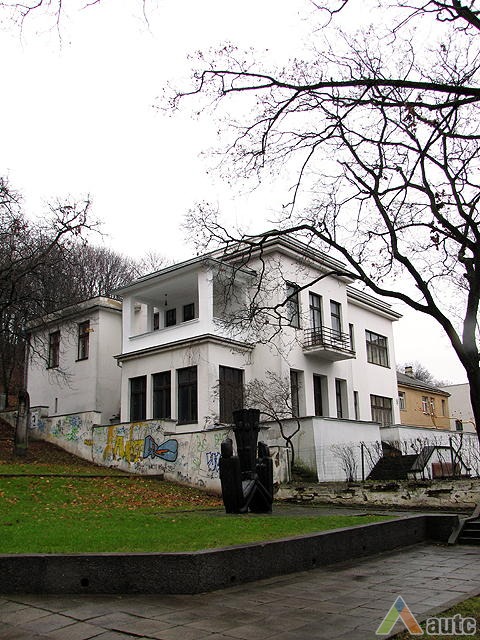 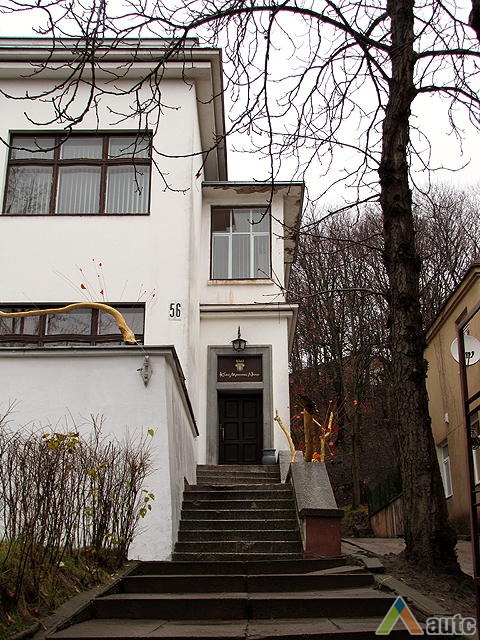 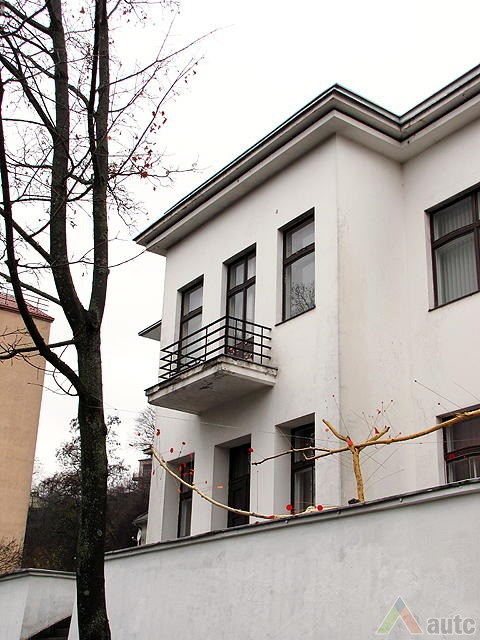 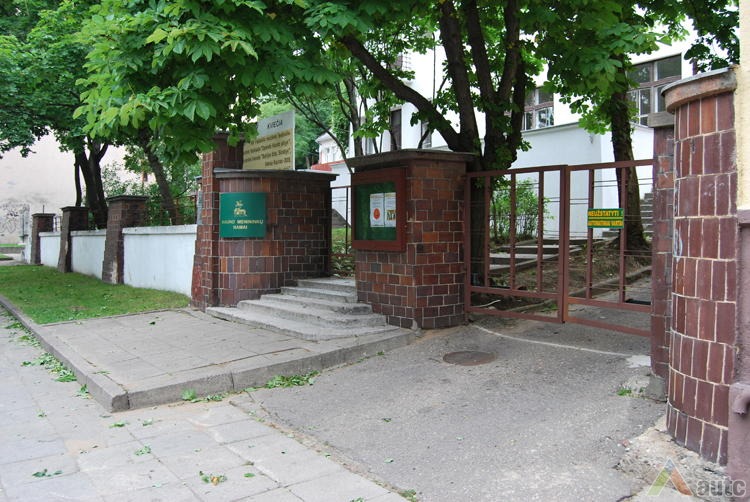