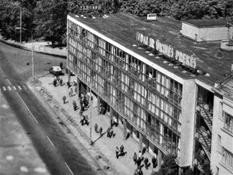 Present building of Business Center 32 was built as furniture store in 1969 under the project of architect V. Dičius (engineer Č. Stankevičius). The architect had used principles of minimalism that were really common to his works at that time: curtain wall of glass in main façade, staircase volume pointed out by using vertical orientation of glass wall. Only plan form is a thing which jumps out of the list and gives "jigsaw" form to façade which faces Bažnyčios street. Small loop - lights straps on this façade reason a skittish vicissitude of light and shadow. It could a bit reveal A. Aalto project in Helsinki, called Central Department of Pensions ( built in 1948). After resumption of independence there was not well concerned about that building but finally in 2005, architect G. Kazlauskas made a project and converted this building into Business Center. 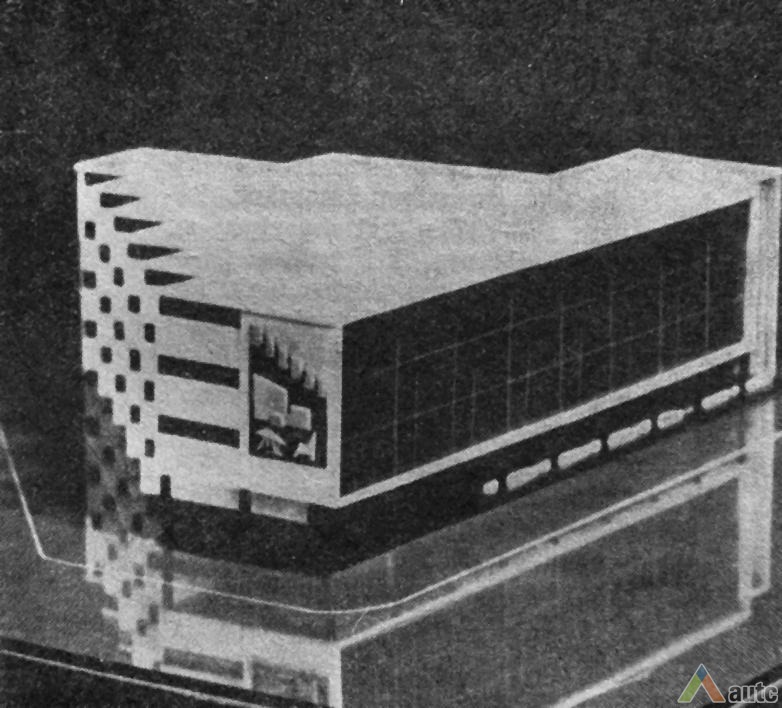 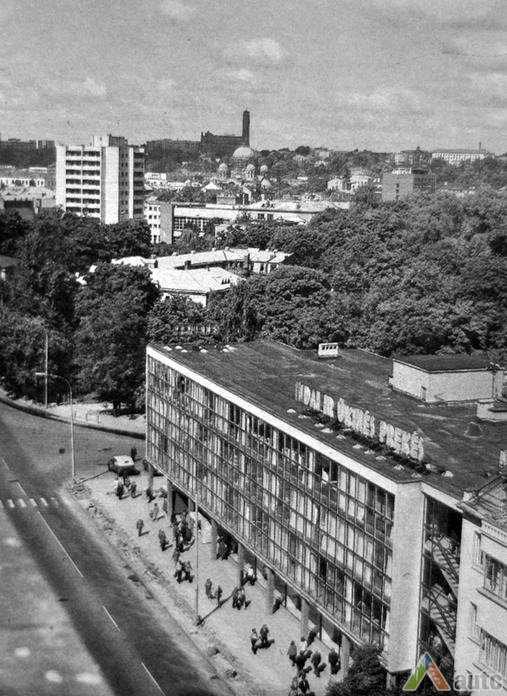 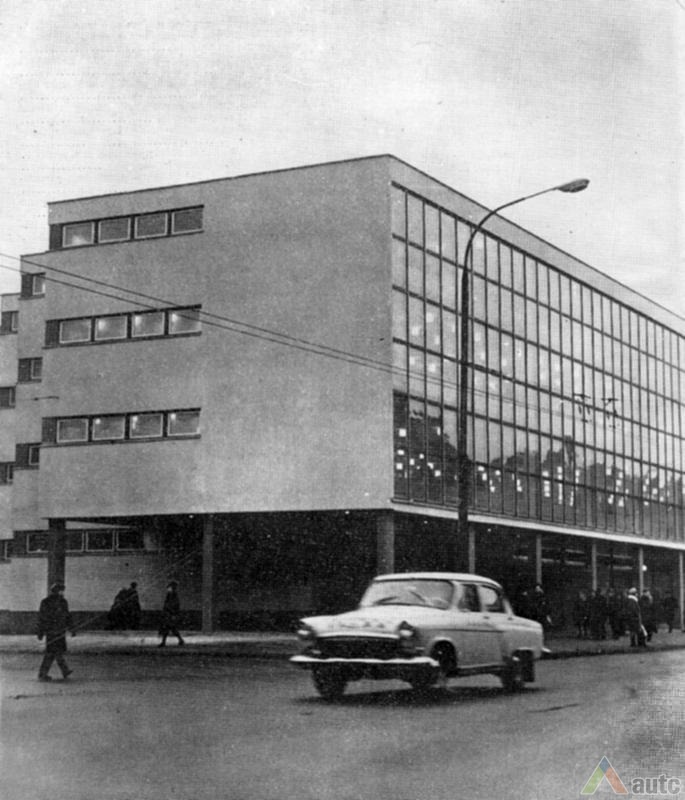 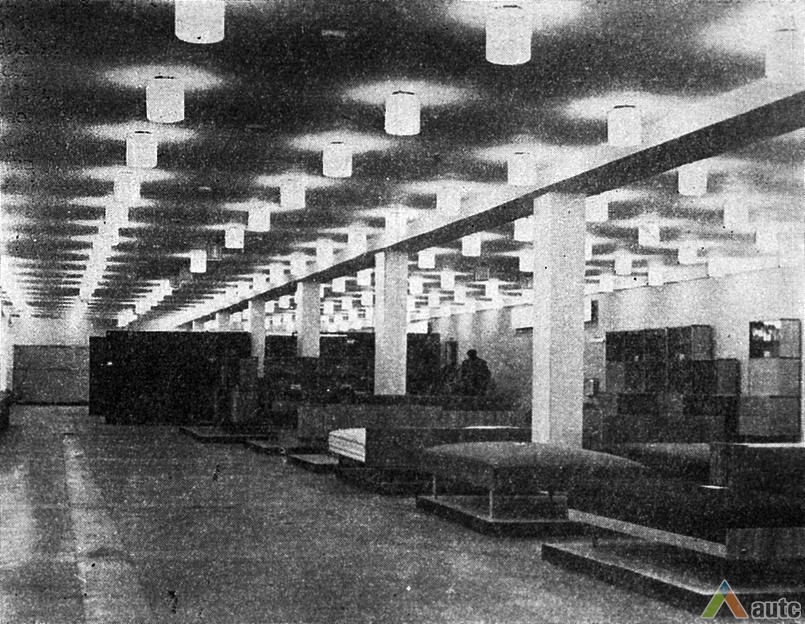 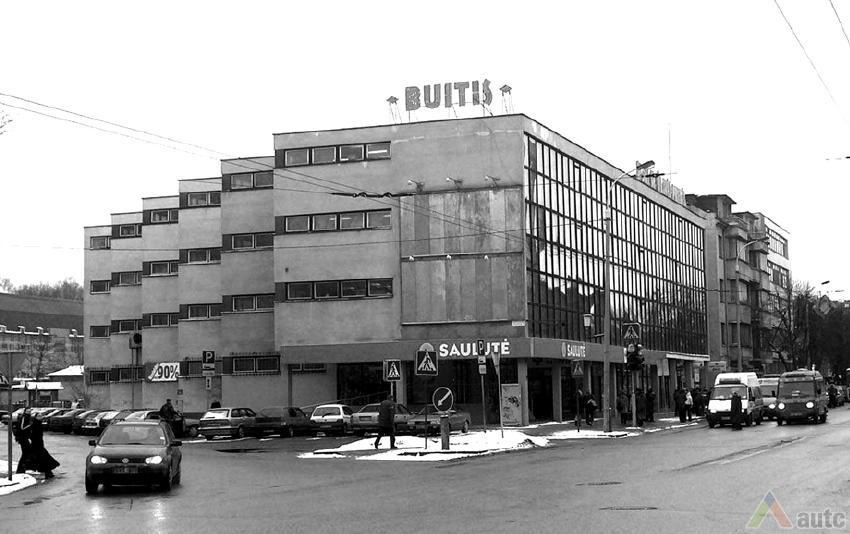 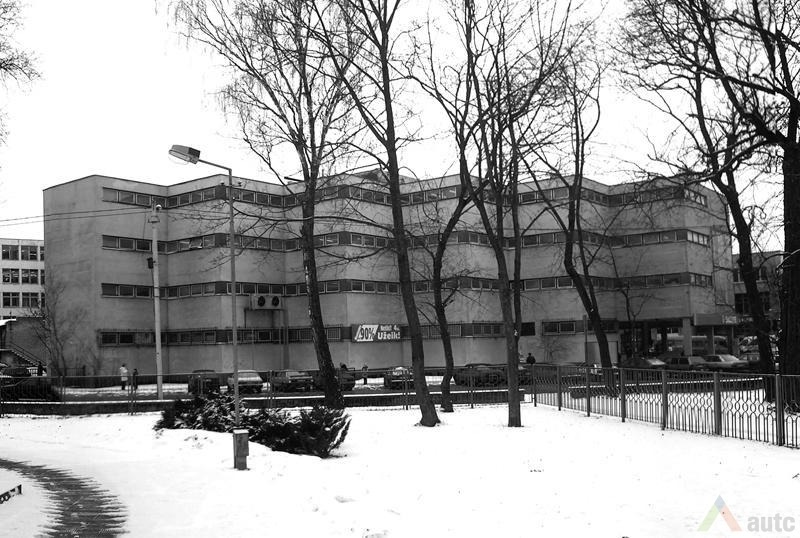 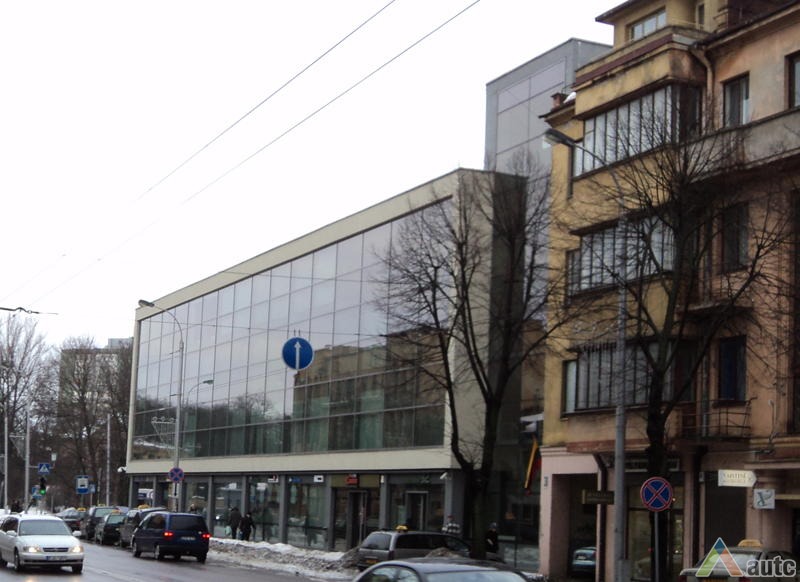 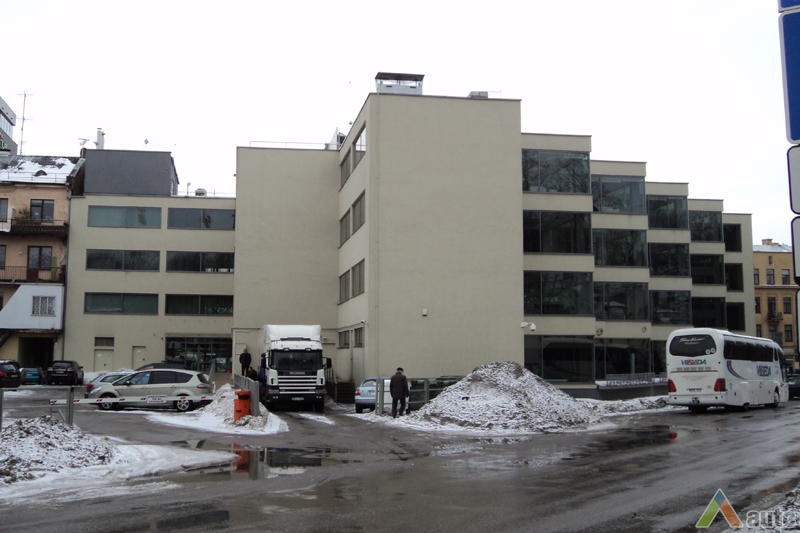