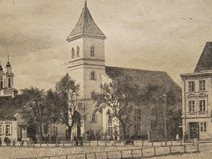 The Lutherans in Kaunas were mostly of German nationality, and all the pastors were from Prussia or Germany. The Lutherans in Kaunas had their own school, a hospital and cemetery near St. Gertrude church. It is plausible that there were circa 500 Lutherans in Kaunas in the 17th century. The Lutherans participated in the governing of the town together with the Roman Catholics, and served as burgomasters. In the middle of the 17th century, during the Russian occupation, the old Lutheran church on the Market square was destroyed. In 1676 the Lutherans were allowed once again to conduct mass in Kaunas, though they had to construct their church further away from the main town square. The new Lutheran stone Holy Trinity church was constructed in 1682-1683. It was forbidden to have any external signs of the church: no tower or crosses outside were allowed. The tower of the church was constructed in 1860-1862, during the period of Russian occupation, when Roman Catholics had lost their influence. It was only from 1930 onwards that mass was conducted in the Lithuanian language. The church was closed down during the Soviet era and reopened in 1989. 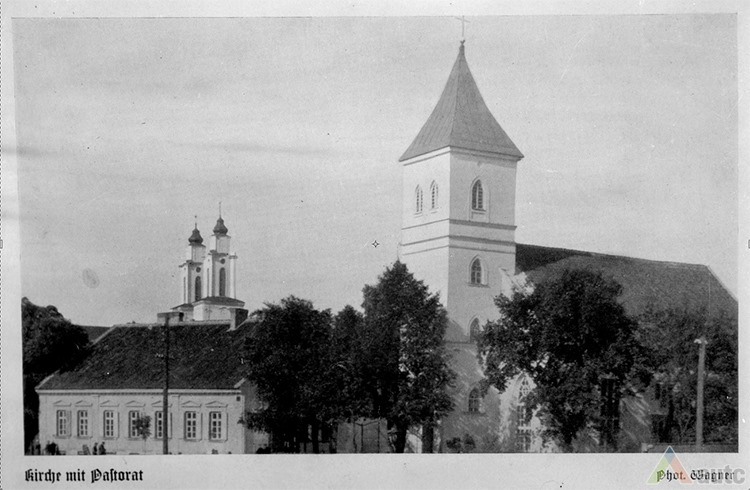 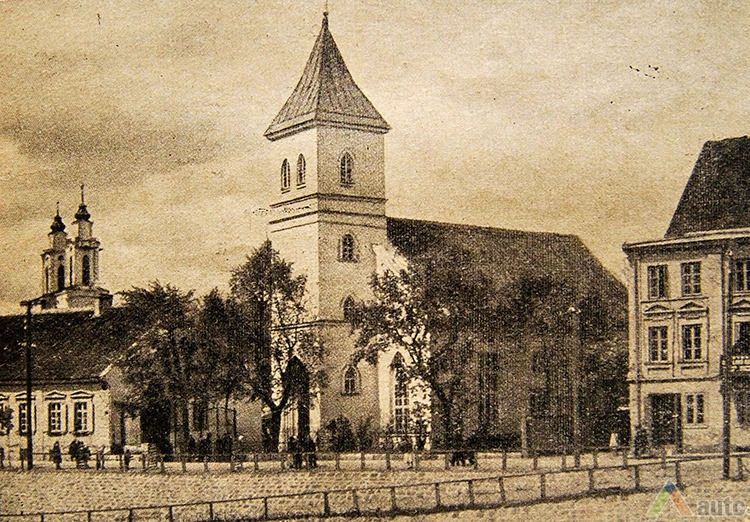