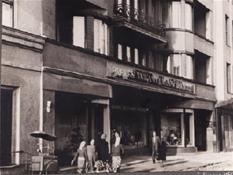 The building of the company Pažanga designed by the architect Feliksas Vizbaras and implemented by the contractors D. Ilgovskis and G. Ilgovskis may be considered one of the most representative objects of the interwar period for office purposes. As illustrated by the report of Pažanga AB to the Department of Construction of Kaunas City Municipality of 14 April 1934: "the Central Board of the LNU (Lithuanian National Union) is headquartered on the ground floor of the courtyard wing of the new building; the company Pažanga settled on the first floor; [on the second floor ?] the administration of Lietuvos Aidas; the wing of Laisvės avenue accommodates the rooms of the editor-in-chief of Lietuvos aidas and his secretary; on the third floor - the rooms of the LNU club; the apartment of the household manager of the building and the seat of the Central Board of Jaunoji Lietuva; the rooms of the members of the editorial office of Lietuvos aidas and the editorial office and administration of Jaunoji karta are situated on the fourth floor." After a while, a restaurant was opened on the fourth floor and a shop on the ground floor. A terrace was designed on the roof. A conference hall illuminated through the upper frosted-glass bay windows was mounted in the basement beneath the courtyard.

Of course, the object designed as the seat of the ruling party and related organisations had to distinguish by its architectural solution, which, bearing in mind the situation at that time, could hardly feature any other but "national style". In certain places, the granite plaster in the main façade imitates wood carving elements (a similar solution appears in the building of Kaunas Central Post Office designed by the same architect); the decorative elements of "national style" can also be recognised in decorative bars of metal balcony fences, the décor of the cornice and the interior. The estimate also testifies the building's representative value: the object designed in place of an "outdated brick house" was estimated at 625, 400 litas. In the prices of that time, it meant that a rather luxurious building was designed. In fact, the public response towards the national-style architectural solutions of such luxury level was not always positive. For instance, in 1938 Mstislav Dobuzhinsky wrote in Naujoji Romuva: "It is an architectural misdeed to imitate the properties of wood in stone, plaster and gypsum (Kaunas Post Office, Pažanga building) the misery which is now considered a quasi-Lithuanian style will make history not like some queer thing but like an ugly "Kinderkrankheit" - "the style of 1920-1940"."

After 1940, the building accommodated various offices, whereas courtyard wings were remodelled to apartments. After 1950, the large halls were partitioned, the eastern entrance was closed; a spacious walkway was divided to small rooms. Partitions were changed in the courtyard wing; the fifth floor was built in the south side. The basement hall was divided; bay windows were eliminated. In the Soviet times, the building served as the head office for various research organisations. In 1989, when Vytautas Magnus University was re-established, the building went to the university. 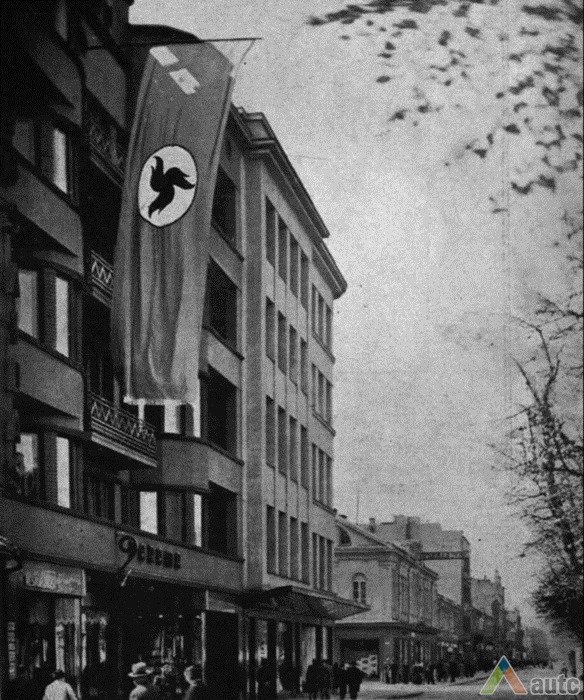 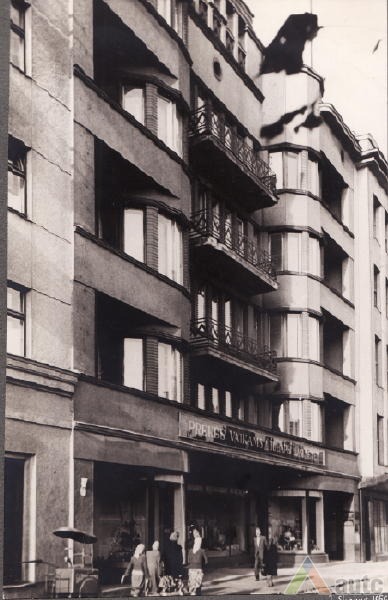 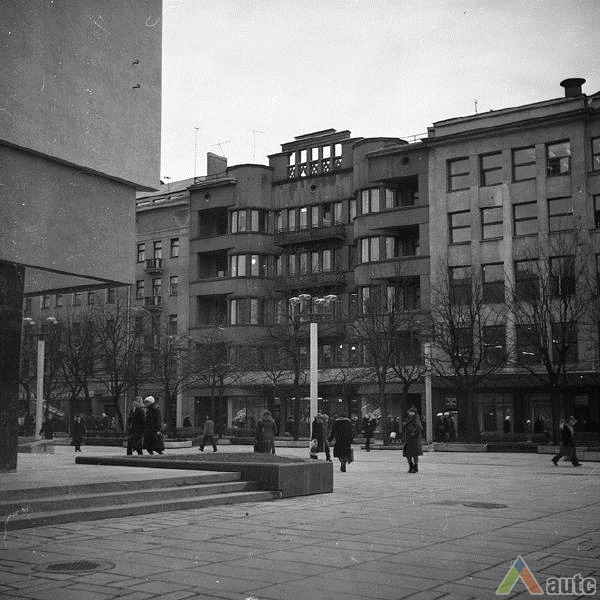 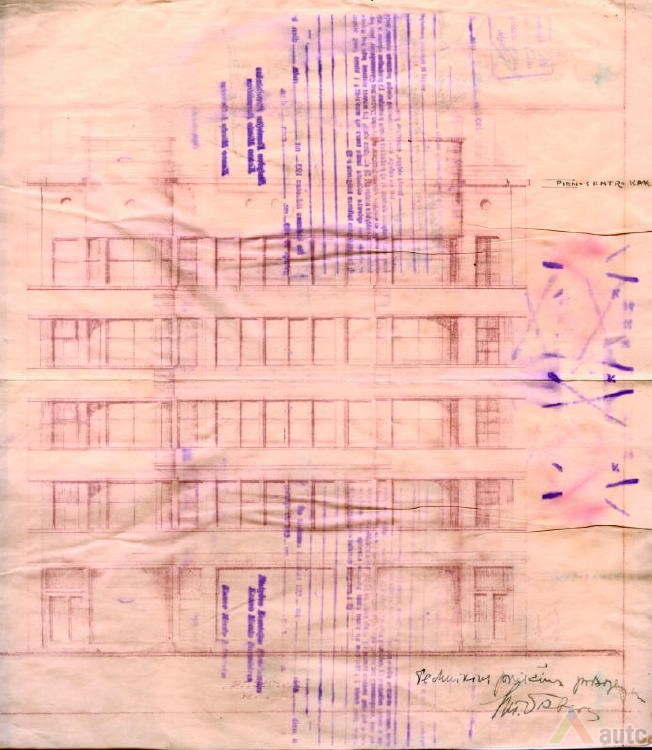 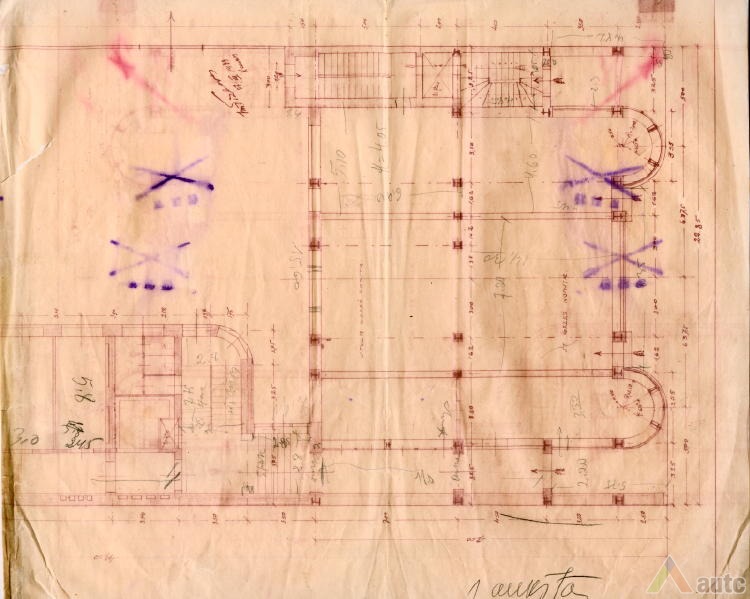 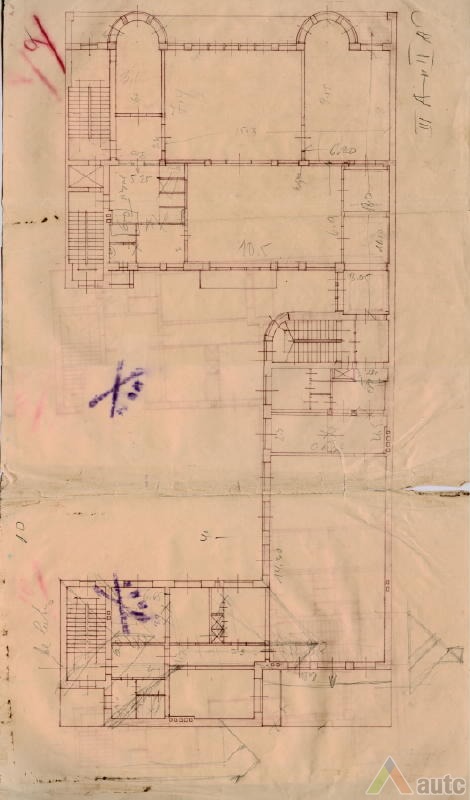 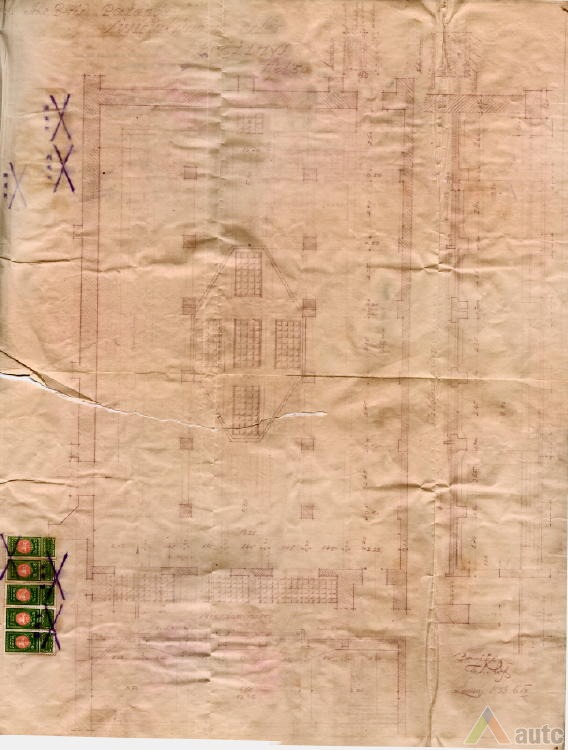 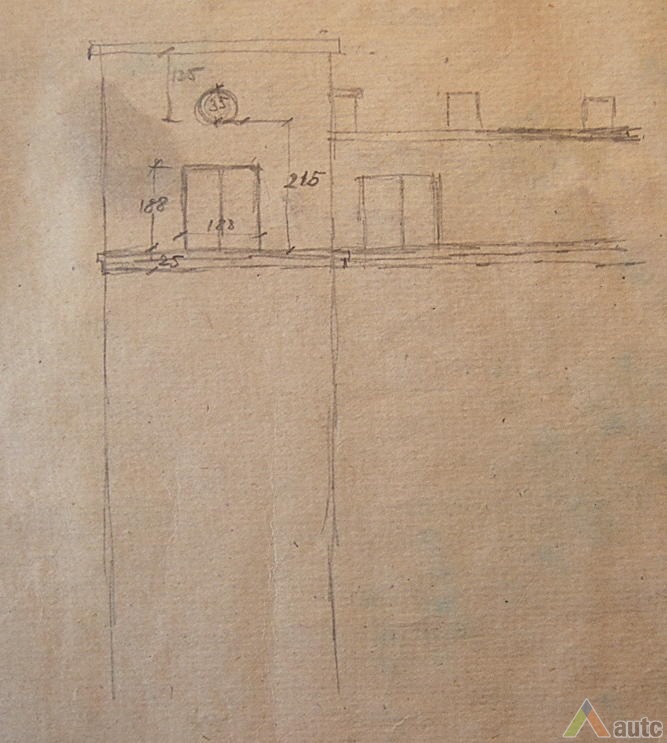 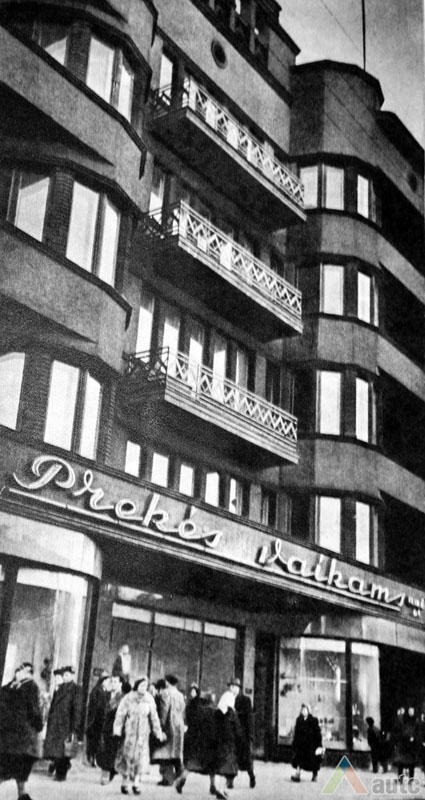 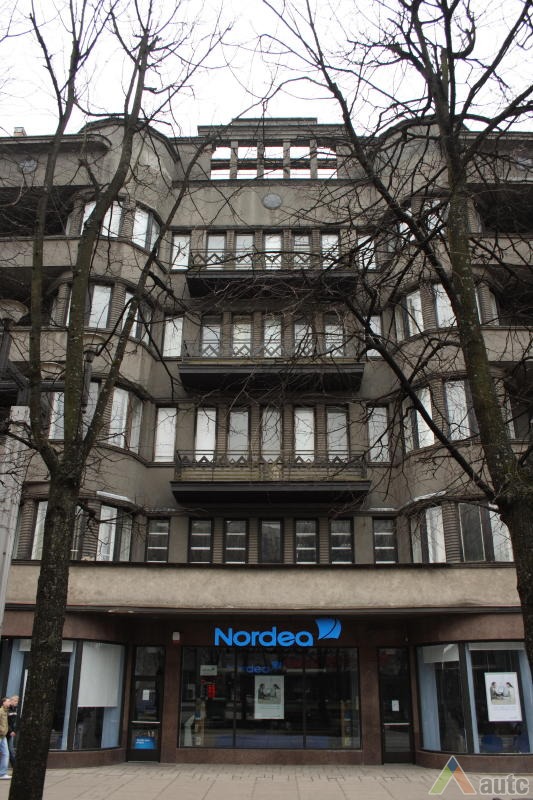 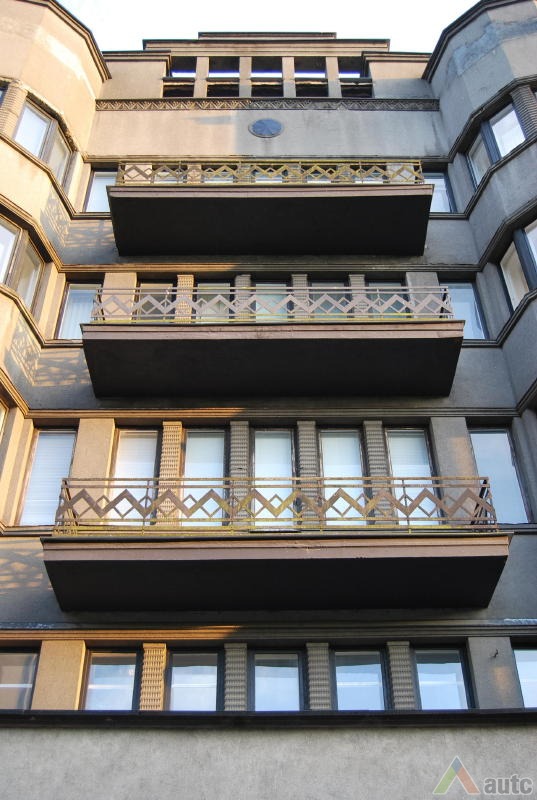 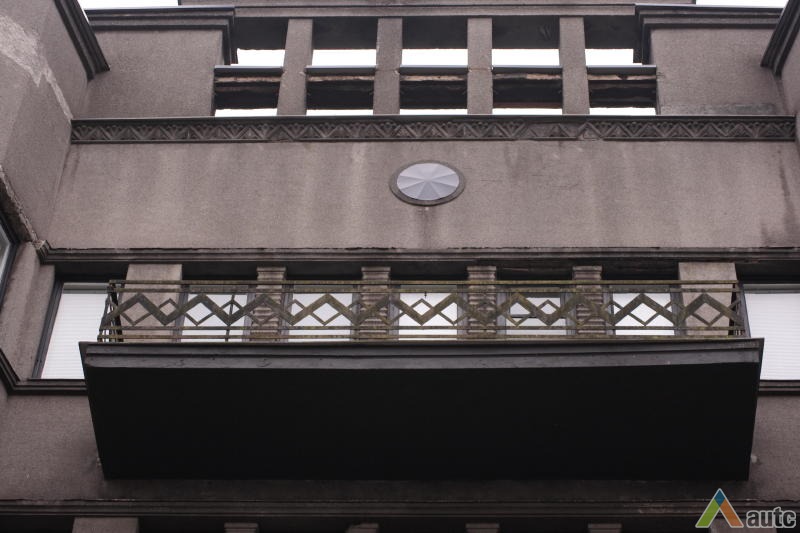 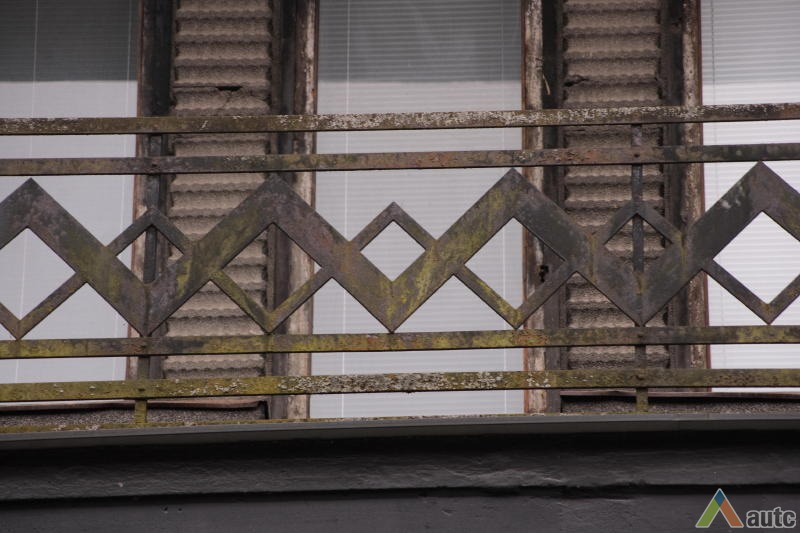 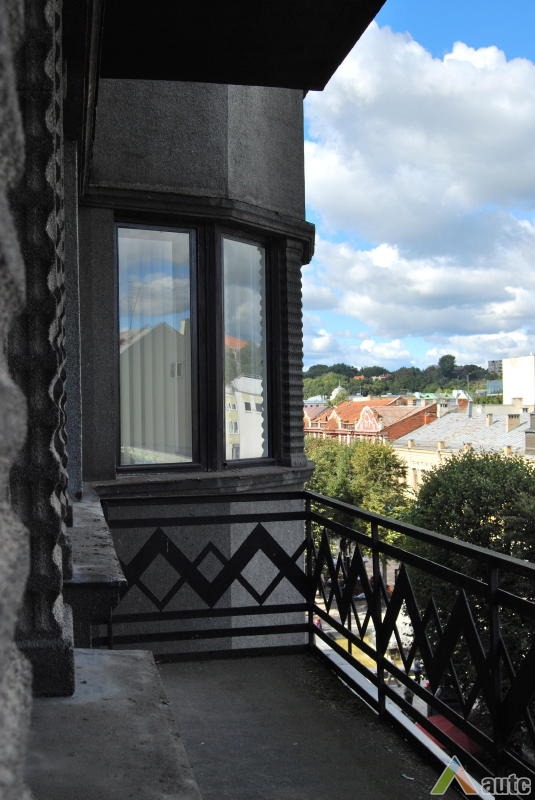 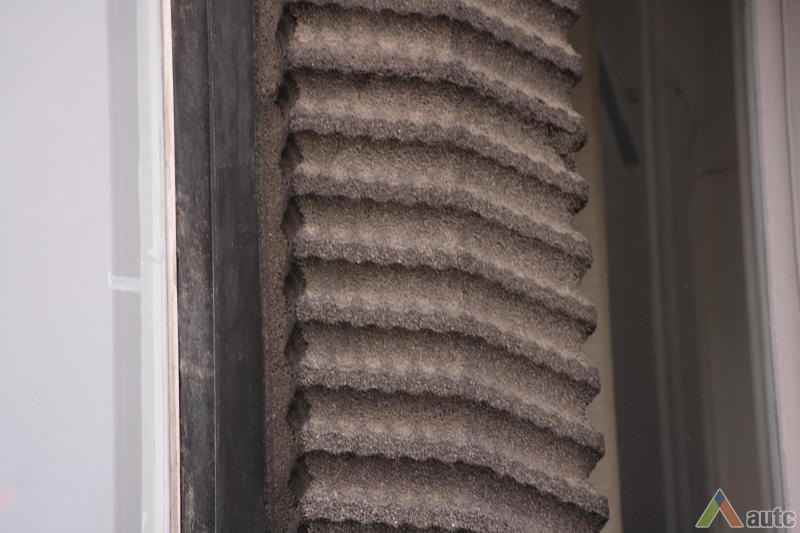 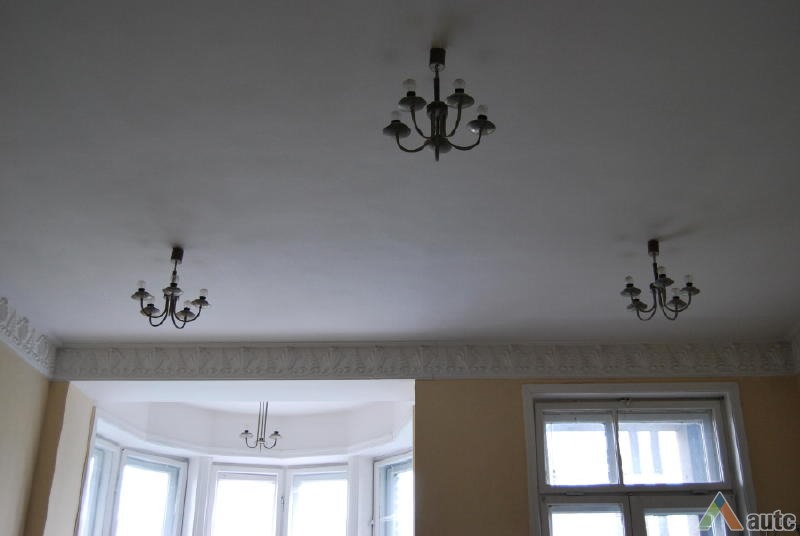 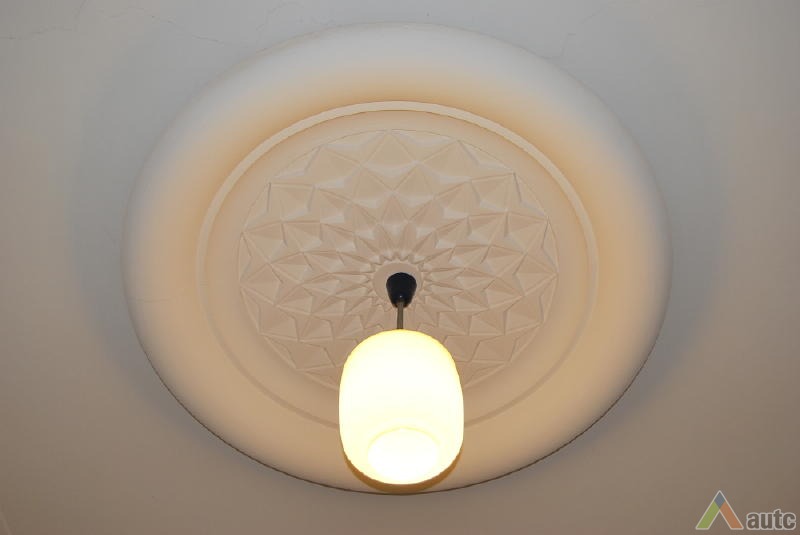 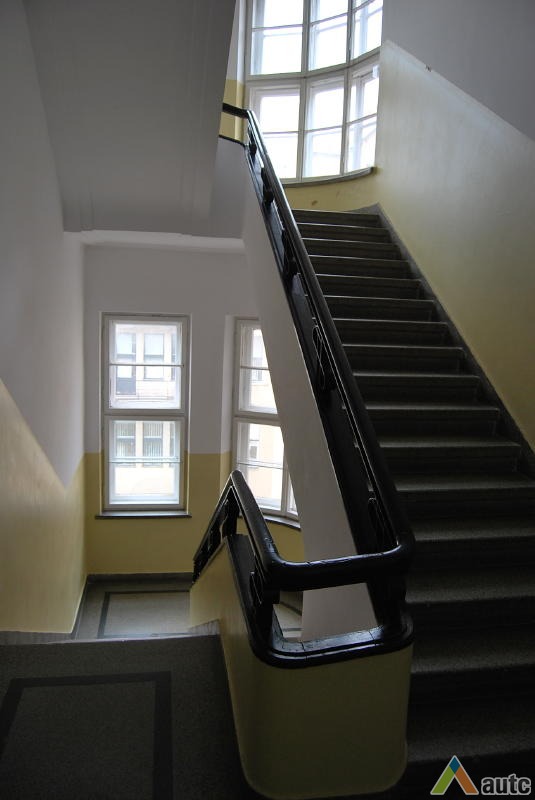 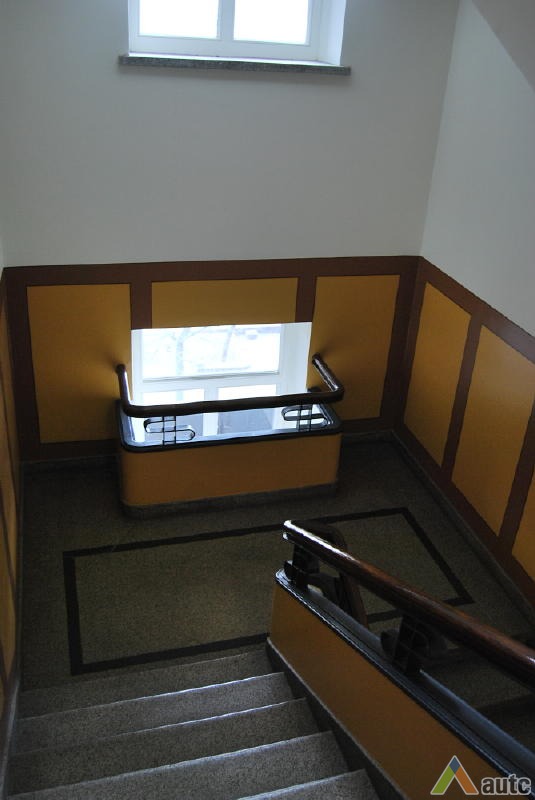 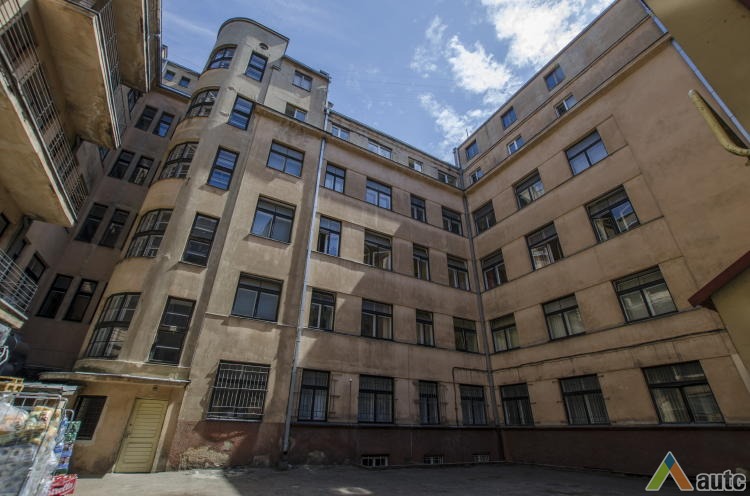 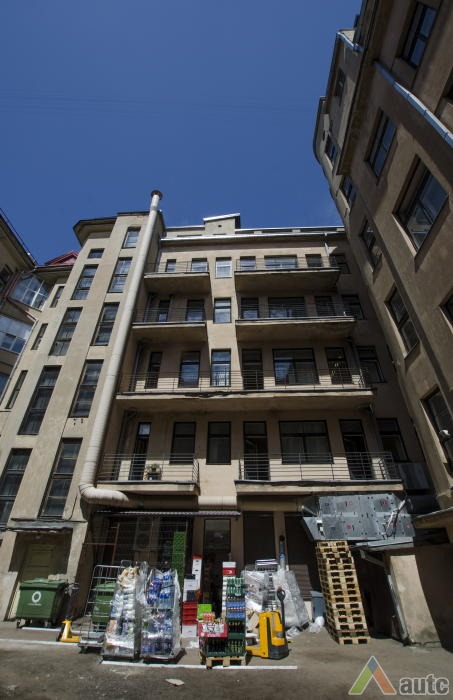