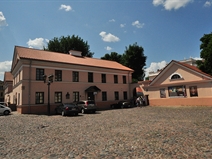 Kaunas post station was established in the building constructed at the beginning of the 17th century. The building stands out for its place in the Town Hall square – it interrupts the division of this part of the old town square into land plots and intervenes between the Town Hall building and the buildings of the western perimeter of the square. The oldest historic acknowledgment of this part of the square, in the 1607 Kaunas mayor books, mentions the butcher’s shop. It is assumed that later this place housed granaries, a bakery and a prison belonging to the town. During the 1655-1661 war with Russia these buildings were burned and damaged. In 1820 the architect Joseph Poussier prepared the design for the town post office, town weighing machine and meeting hall. The station was established in 1830-1835, during the construction of the St. Petersburg-Warsaw road. The archaeological research has uncovered a forging kiln, which could have been used for casting bells or artillery cannons. 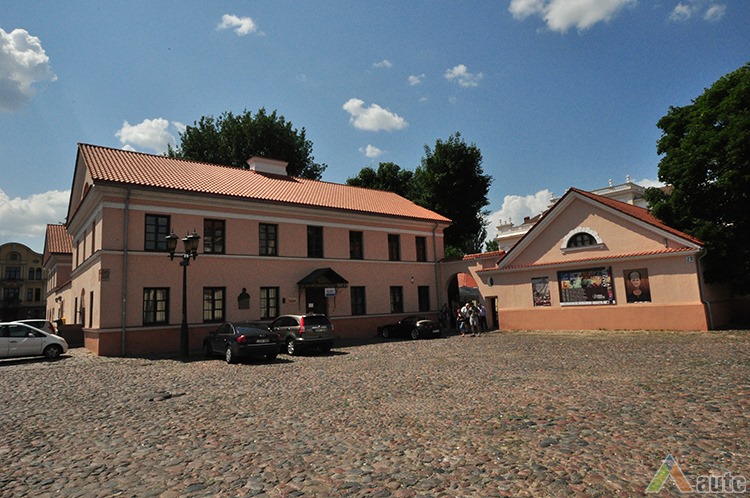 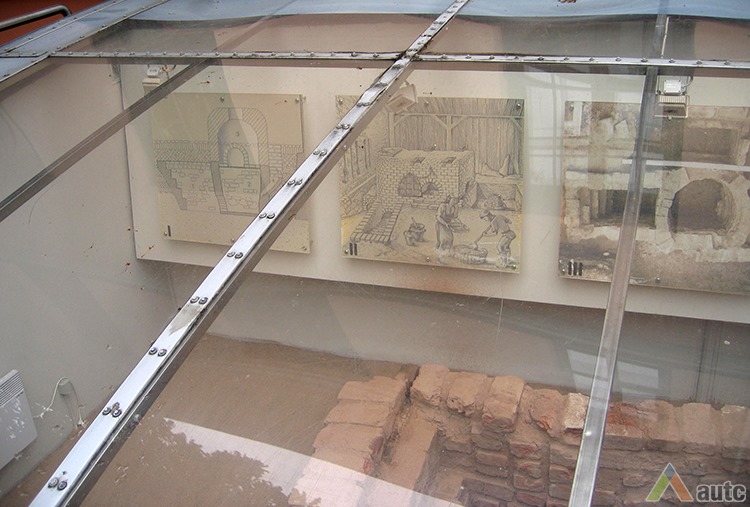